We’ve been going on about adidas Boost for the past couple of years now, ever since we picked up our first pair of Glides. It’s not often we warm to a shoe straight away but after wearing them a couple of times they soon became our go-to. Since then we’ve used them for three marathons, countless half marathons and pretty much every road training session in-between. The only thing we haven’t used them for has been trail running.

Enter the terrex Boost. A lightweight mountain running shoe that incorporates Boost cushioning for the first time in the adidas Outdoor range. It also has a Continental rubber outsole for grip in both wet and dry conditions, even at high speed. Other features include a new fancy lacing function, something called a Torsion bar for midfoot stability, and a comfy slip-on fit. 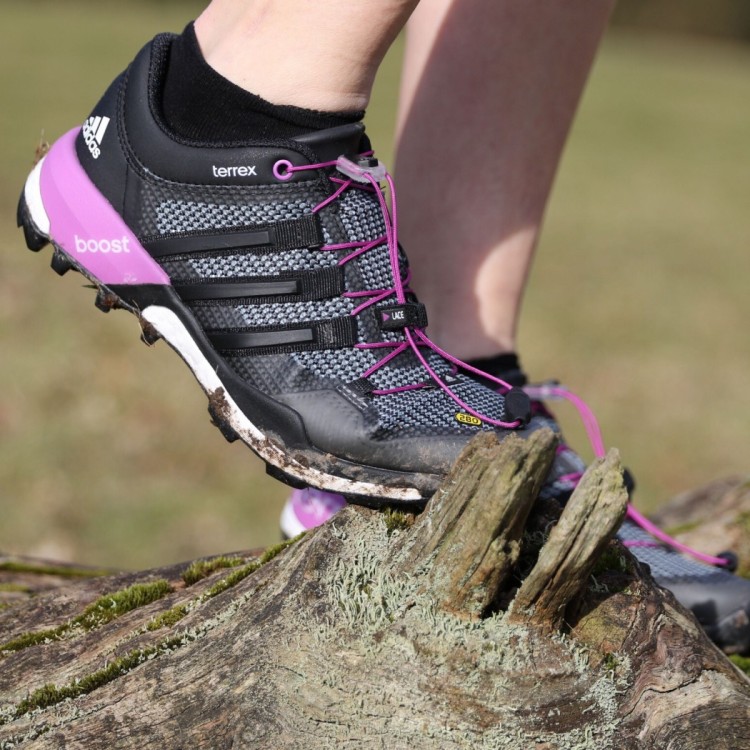 But is it any good? we hear you ask. Well, we tested them out as soon as we managed to get our hands on a pair and we’re happy to say they’re spot on. Comfortable, light, bouncy and a hell of a lot nicer looking than most of the other trail shoes we have in the cupboard. The only thing we initially struggled with was the fancy lacing function reminiscent of a drawstring toggle, but after a few runs we warmed to it, especially for ease during races.

terrex Boost come in a range of colours for men and women and cost £120. Click here for more details.