We spend a lot of time doing running events at the Allrounder, most weekends in fact. We love running. Well, we kind of hate running in many ways; it hurts, it means we have to get up early and we have to give up a lot of free time to train. It’s a sort of love hate relationship. But in the end we’d never give it up.

Cycling however is something we’ve always dabbled with. We’ve done our fair share of cycling events and the odd triathlon here and there, but if you were to do a ratio of our running to cycling it would be about 80:20. And that 20 is more for taking part.

Three years ago we cycled 600 miles around the east coast and the Midlands. It was a tough slog that caused no minor degree of hardship along the way (ever tried cycling up a three-mile long dual carriageway in the rain with a fairly steep gradient?). We enjoyed it though, it wasn’t a race or a challenge, it was just a trip, an adventure where we went exploring places we’d never seen before.

When Wiggle asked us if we’d like to take part in Prudential Ride London we were apprehensive. From what we’d heard about the race from previous years it wasn’t going to be a light trip around the capital where we’d stop off at the occasional cafe for a latte. This was a real event. A 100 mile tour with some pretty steep climbs. The most we’d ever cycled in a day was 94 miles a few years before. But that was in our own time. We even went to a few museums on route, and a McDonald’s.

But as you’re probably aware, we don’t turn down challenges at the Allrounder (disclaimer: we sometimes do). So we accepted with a smile and visit to the local cycle shop to pick up some tools for are neglected bike, then went out for a ride.

You know what they say about riding a bike. Well it’s completely true. But what’s not true is punctures. After a few months of being cycle-free we’d completely forgotten the best way to change one. The last time we’d done it was on our mountain bike, which from memory seemed a lot easier than on a racing bike. Cue YouTube videos. Things weren’t boding well.

One of the things we’ve never quite got to grips with when it comes to cycling is the sheer amount of kit. For runners it’s pretty simple; trainers, shorts, t-shirt, socks, maybe some fancy underpants. Simple. Trying to choose cycling gear is like attempting to solve some weird children’s puzzle. “So what does this do?”, “So these go on your arms?”, “You put the socks over the shoes?!” – it was never that hard when we were kids.

Luckily the nice guys over at Wiggle were on hand to send across some much-needed race kit. Quite a bit of it in fact. So we didn’t actually have to walk into any more cycling shops, which is nice.

//platform.instagram.com/en_US/embeds.jsSo we were ready; bit of training, a bike that worked, pumped up tyres, a working knowledge of puncture repair, and kit which would at least make us look like we knew what we were doing. Anyone we asked about the 2014 Prudential Ride London event replied with a sort of grumbling noise, before entering into a five-minute tirade about how they had to push their bikes through flooded streets. Happily, the weather at this year’s event was pretty much perfect. It was sunny, there was a slight breeze, the kind of day you’d actually get up and proclaim loudly “let’s go for a cycle around the Surrey hills!” After a taxi and a train journey (note: you have to pre book – 25,000 people heading across London makes for some fairly strict transport planning), we headed to the start line. We weren’t quite prepared for the sheer number of people taking part in the event. The streets were full of cyclists wearing multicoloured tops as they headed to the various wave starts dotted around the Olympic stadium. We waited for a while as we were shuffled down towards the start line, it’s a big event though, you probably need to be prepared for a bit of queuing.

Finally we set off. 100 miles to go and we’d be done, a daunting prospect. Mentally we tried to work out how long it would take us. Were our legs already getting tired at three miles in? How would we do 97 more?

Not ten minutes in we heard a clicking sound. We stopped and checked looked around the bike, everything seemed fine. We set off again for about two minutes before we got a flat, and not just any flat, an enormous screw had made its way through the tyre. A screw we actually had to screw out of the tyre to remove. Things weren’t looking great. How many more punctures were we going to get in 100 miles if our first was at three miles?

The first leg of the journey took us from the Olympic park, through east London and into the center. We knew before taking part that the roads would be closed for the event, however actually cycling through the streets of London when there are no cars around is far better than it sounds. By the time you get into the main city streets during the London Marathon, the last thing you’re worried about is the scenery. But during Ride London you’re only a few miles in, whizzing your way happily past sights like St Paul’s and Trafalgar square as people cheer you on. It’s an amazing feeling, almost a bit dreamlike (not that we’ve ever dreamt about cycling through London, well, not in a good way).

An hour or so in you come to Richmond Park, a change of scenery that made us forget the last few miles as we were enveloped by the surroundings of one of our favourite London locations. If you’ve never been there for a cycle or a run, change your weekend plans, it’s an amazing resource. Like stepping out of London into the middle of the countryside.

From there we spent the next couple of hours heading through Weybridge and down past West Byfleet. We won’t bang on about the Surrey countryside, about the rolling hills and woodland that make up the majority of the route. It’s ridiculously impressive though, and well worth the ride alone and the fact you get to do it without the constant fear of cars.

Anyone who knows anything about cycling in Surrey will know that it’s not all enjoyable though. There are a fair few hills dotted around that kick in around the 60 mile mark. Pretty big hills in fact. You may have heard of Box Hill, a winding hill that zigzags its way up 200 meters of elevation. Not the easiest thing to do after three hours of cycling. Add another two comparable climbs and you suddenly realise that Ride London is far from a trip through the countryside. 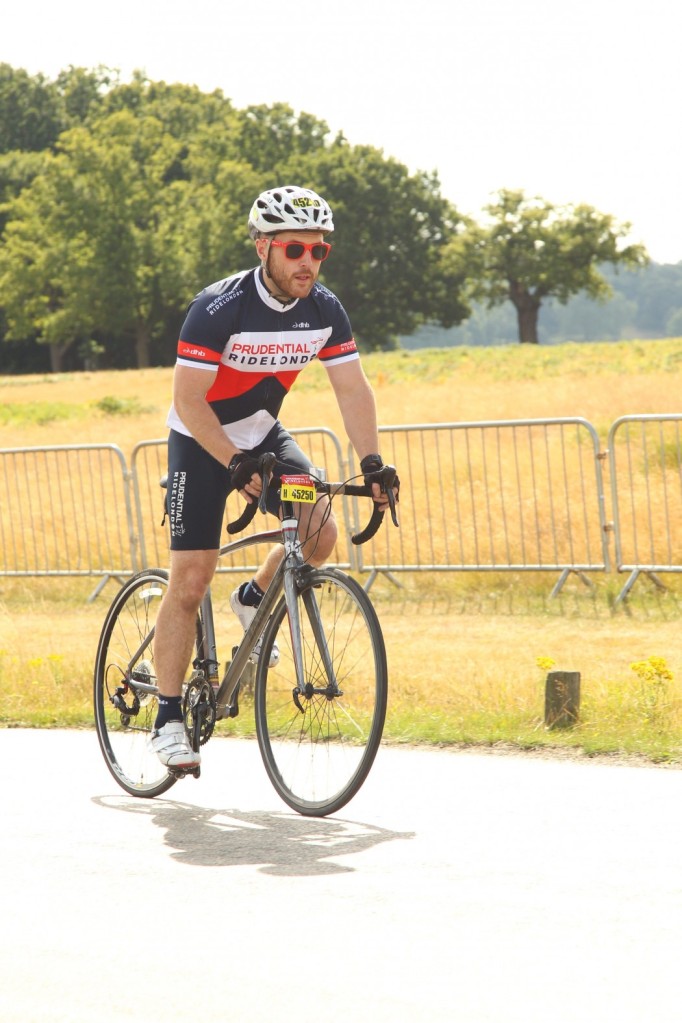 By far the hardest slog of the event was the journey back into London. After spending a few hours travelling through the countryside, the thought of heading back to the city is not a nice one, especially with 70 miles under your belt. We watched intently as the mile markers counted down our route home. It wasn’t until we hit Westminster and the final mile that the enjoyment came back. The last push down Pall Mall marking the end to a long day. 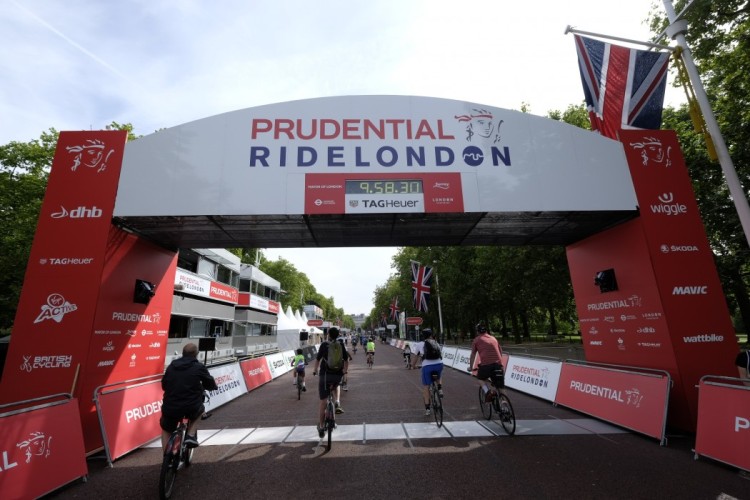 We the sun still beating down we pulled off our cycling shoes and lay on the grass. We were done. It felt like days since we’d turned up at the Olympic Park to start our wave, and despite the fact we’re not massively into cycling, it was an amazing feeling to finish.

Some people take part in the event to see how fast they can do it, others, like us, did it as an experience, a nice day out where we didn’t have to worry about cars and traffic lights. You can do either with Ride London. There were a few problems on route, congestion and some unfortunate accidents. But overall it’s an excellently planned and supported event. Mechanics are located around the route which makes it perfect for those people not confident enough to take on the risks of long distance cycling without a safety net. Food and water stations pop up every 25 miles and the marshaling is perfectly coordinated. And if you’re into medals as much as we are…

To find out more about Prudential Ride London along with the other events which took place over the weekend, head over to the website here.