Why is 5 o’clock in the morning like a pig’s tail? Because it’s tw-irly. Sorry, bad childhood joke. We couldn’t resist. But up at 5am we were in order to sample Another_Space’s brand-spanking new HIIT class at their two-floor studio in the heart of central London.

The super-luxe changing facilities and euphoric soundtracks are already garnering serious kudos amongst the #fitfam, not to mention their exclusive roster of in vogue classes, which from pretty much day one have remained booked out for days in advance. And for good reason. Having started out strong with Cycle and Yoga, the recent addition of HIIT means they now boast a triumvirate of nifty disciplines to satisfy every type of endorphin-seeker. No membership required; you just buy class credits and use them at your leisure. This pre-booked, classes-only offering means they can provide a highly personalised service to everyone that walks in the door. 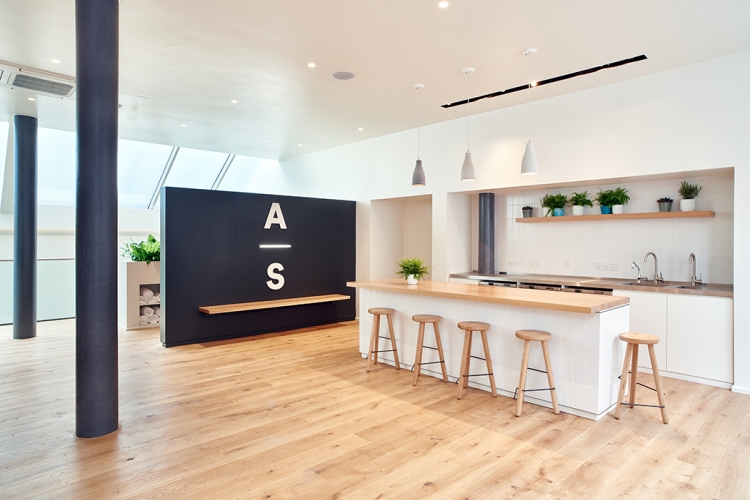 HIIT is described by Another_Space as ‘fast and furious’, mixing strength exercises with high-energy punchbag work. It promises to fire your metabolism and have you burning extra calories for hours. So far, so good. But would it live up to the hype?

Starting upstairs with a lesson in hand-wrapping from Sophie, one of the resident HIIT instructors. As well as being a boxer and gnarly surfer dude (or should that be dudette?), Sophie was recently named one of Grazia’s ‘Ones to Watch in Fitness’, which raised our expectations somewhat – and left us wondering if pummelling a 50kg bag in a dark room was really the best thing to be doing at 6.45am…

Thankfully there’s not much time to ponder your fate. Once you’re all ninja-d up in the black wraps, you’re handed a pair of coordinating silver gloves. As everyone in the fash pack knows, one should never underestimate getting one’s gear on point for a killer workout.

Incidentally, we’d brought our own, less dainty, gloves (we were the only ones that did – too keen?) but we styled it out despite feeling like Anna Wintour in last season’s Balenciaga. 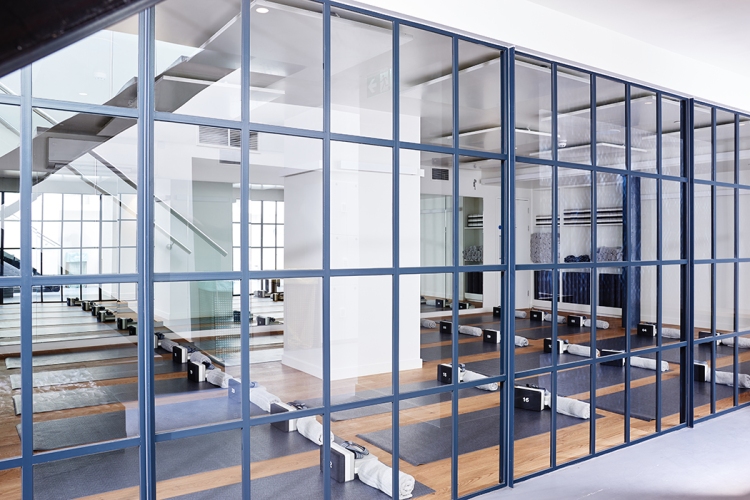 Downstairs is where the action happens, in a dark and secluded sweatbox-cum-sex-dungeon (did we really just type that?) with flashing lights; 3D walls and a disco ball thrown in for good measure. Oh, and a huge floor-length mirror so you can admire your grimace/compete with the person next to you. Reminded us a bit of Fabric, room 3.

There’s no hanging about in this class. Interchanging between the bags and the floor, each three-minute round matches the intensity of the one before, with a focus on power, endurance and speed, using a combination of fast-paced boxing moves and bodyweight exercises with those floppy weighted sandbag things (we’ve given up Googling what they’re called – answers on a postcard please). Forty-five minutes goes quickly and you’re pushed to your max on every round.

Just as we were starting to feel like Rhonda Rousey, it was all over, and we found ourselves in a circle, doing yoga stretches in a pool of our own sweat, slightly disorientated but deeply satisfied at what we’d just achieved.

Make no bones about it: this isn’t just another boxercise class. There’s a real focus on technique that would satisfy even the harshest boxing pedants. Combine this with some creative cardio variations (think: jumping and slamming), and minimal rest, and you’ve got a decent picture of the energy expelled in these sessions. 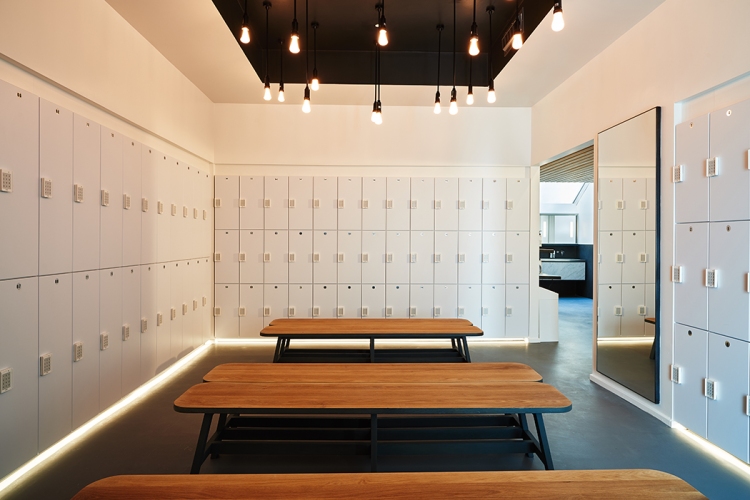 It’s the attention to detail that impressed us the most about Another_Space, from the handy ‘Pack Light’ checklist on the website and the sweat towels within grabbing-distance in the studios, to the hooks on the inside AND outside of the shower cubicles (clever), as well as the array of beautifying products laid out ready to be ransacked. But it was the slightly oddly-named Scrummi biodegradable hair towels that really got us. Don’t mind if we do.

Breezing back into the reception area, we were greeted with our pre-ordered shake from the ‘natural fitness food’ menu. Ours was a Chocolate Chief, packed with dates, frozen banana, raw cacao, vanilla whey, and a finishing touch of Himalayan pink salt, blended with almond milk. Surprisingly filling – no further feeding required for at least two hours (rare for us).

For those feeling less virtuous, we highly recommend a coffee in next-door’s Timberyard, which boasts one of the most impressive cake counters in central London. What better way to replenish those severely depleted glycogen stores? Well, other than with a healthy shake, of course…

Another_Space is based a few minutes’ walk from Leicester Square Underground. They offer pay-as-you-go spin, yoga and HIIT classes (timetable published on their website). Class credits are normally £20 a class, or you can make a decent saving by taking a block of 10 or 20. They’re currently running an introductory offer of 2 credits + 1 buddy credit for £20. Or you can just nip in for a shake and feel the love.

To find out more about Another_Space, nip over to the website here.